Learn how to treat anxiety naturally with 10 of the best natural remedies for anxiety!

Anxiety is a psychological and physiological state characterized by excessive panic, concern, fear, restlessness and insecurity. Anxiety symptoms include hypertension, helplessness, inadaptability, sadness and constant worrying, being manifested in the body in the form of heart palpitations, trembling, sweating of the palms and insomnia. Anxiety can be triggered by fear of failure or by a specific situation or factor which is perceived as an imminent danger.

Although anxiety is a normal reaction to a stressful situation, helping us cope and respond better to demanding circumstances, when it becomes overwhelming it is considered a disorder.

How to treat anxiety naturally

There are many medical treatments for anxiety but prescription medications are considered risky and potentially addictive. Fortunately anxiety relief can be achieved by using a combination of natural remedies for anxiety, aromatherapy, anti anxiety supplements, proper diet, exercise and relaxation techniques. 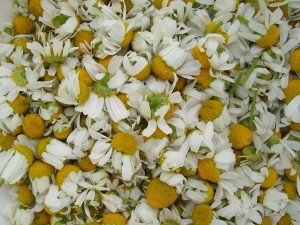 Chamomile has been used as a natural remedy for anxiety and insomnia for centuries.

One of the best ways to use it is to brew chamomile tea, a natural drink that offers many benefits. With minimal risk for most people, it offers not only the benefit of reducing anxiety, but also diffuses muscle tension and relieves an upset stomach.

Chamomile tea is highly recommended for anxiety because it soothes and relaxes the body. Also, chamomile reduces fever, ensures a good night’s sleep and boosts metabolism. 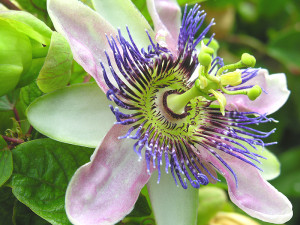 Passion Flower is among the most effective natural remedies for anxiety. It has a calming effect, reduces the fear in the body, induces better sleep and acts as an antidepressant.

In folk medicine passionflower is considered a calming herb and its efficiency has been confirmed by studies. Like most other herbs, it is available as extract, tea, dried herb or tincture.

One study showed that passionflower has the effect of reducing anxiety in general with fewer side effects than antidepressants, but further study is necessary. Passionflower can be used as a sedative and sleep aid, it is useful for anxiety, asthma, and other problems. Passionflower is often used together with valerian and other herbal supplements. Side effects may include nausea, headaches and dizziness in some individuals.

A popular alternative to passion flower, lavender is an herb with calming and relaxing properties. Because of these characteristics it is used in people who experience panic attacks or nervous system disorders. 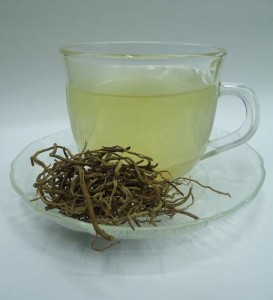 Valerian is another great natural remedy for anxiety. It has the ability to induce a state of relaxation in the body, providing a soothing sleep.

Valerian is a sweet scented flower, pink or white, which grows in the northern hemisphere. It has been discovered in Europe, being used by the ancient Romans and Greeks. Valerian is also the name of a food and dietary supplement in capsule form, made from valerian root, but it can also be used as tea.

Being a sedative, valerian is excellent for insomnia and sleep disorders caused by anxiety, but also for eating disorders – induced by feelings of fear and anxiety – that manifest mainly in the evening and at night. It can be found in health food stores in capsule, tea, tablet or liquid extract forms. Take 1-3 capsules / teaspoons with water every evening.

It is worth mentioning that in some individuals valerian has the opposite effect, increasing irritability and anxiety. Other possible side effects include headache, dizziness, nausea, allergic reactions like rashes, hives, and breathing difficulties. On rare occasions it can affect the liver, although the reason is unknown, possibly related to the way the herb is prepared (contamination) or the dosage taken. Careful monitoring can reduce the negative impact on the liver.

Dandelion is used to treat various internal diseases but also as a natural treatment for anxiety. Dandelion leaves and flowers can be used in salads or as a tea.

All of these herbs can be combined with lemon. In combination with chamomile tea, valerian or passion flower  lemon has miraculous results for anxiety relief. Besides all these, lemon is highly recommended in curing digestive or nervous system disorders. 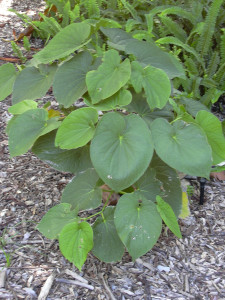 Kava has been grown and used in the area of the Pacific Ocean for hundreds of years. The roots of this plant – similar to pepper – which contain kavalactones are used in the form of supplements or beverages. A typical drink combines Kava powder – crushed Kava roots –  dissolved in water or milk. Do not use hot water or other liquids as the heat destroys the kavalactones that induce the soothing effect of this drink.

If you put Kava ​​powder  on your tongue the result can be a temporary numbness of the lips and the surrounding area, followed by talkativeness, clear thinking, muscle relaxation and a sense of general well-being. Anxiety is removed or at least decreased. Sleep comes easier and is more restful, waking up more alert. In a traditional setting, a moderately potent kava drink causes effects within 20–30 minutes that last for about two and a half hours, but can be felt for up to eight hours.

Certain studies have suggested that use of Kava for an extended period could result in liver disease, but these results are related mainly to the prolonged use of Kava ​​supplements, not the drink. It has not been proven that water soluble Kava powder ​​affects the liver and this is precisely what Pacific islanders have prepared and consumed for hundreds of years.

It is also believed that Kava , when improperly prepared by including the leaves during processing, can lead to liver problems. If you already have any liver problems, you should avoid Kava​​. A low percentage of people are allergic to Kava ​​and skin irritation or rashes may occur. In such cases, the use should be discontinued. Another potential risk is developing addiction. 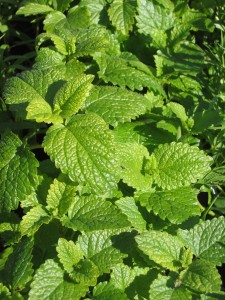 Lemon balm is part of the mint family and was discovered in southern Europe and the Mediterranean region, before being spread worldwide. Studies have revealed that lemon balm reduces anxiety and improves mood and mental performance. It is used as tea and in extract form. Some people use it to cleanse the skin, but also as an insecticide. Lemon balm should be avoided by those on thyroid medication (such as thyroxine), as it is believed the herb inhibits the absorption of this medicine. 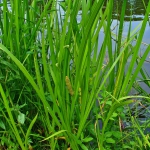 Calamus is taken as infusion, prepared as follows: 1 tsp calamus root powder is left to soak overnight in a cup of water, then filtered. Put the macerate aside and pour half a cup of hot water over the remaining powder, then let it cool and strain it. Combine the two extracts. Drink 2 cups of this mixture daily, in 30 day cycles, allowing for 10 days of rest between cycles. The mixture reduces the feelings of fear and restlessness, promotes regaining of lucidity and mental tonus, fights certain physical illnesses that occur as a consequence of anxiety: gastritis, bowel disorders, cardiac arrhythmia, tachycardia etc.

Ashwagandha has long been used as a natural remedy for depression and anxiety as part of a holistic system of medicine in India known as Ayurveda. By increasing resistance to physical and emotional stress, it promotes emotional balance in cases of mild anxiety, depression and mental or physical fatigue

Rhodiola rosea is a natural remedy for anxiety that works by allowing our physiology to handle the stressful situation in a more resourceful manner. Other benefits include improved mood and memory, stronger immune system and increased anti-tumour activity.

Other natural remedies for anxiety are Lady’s-slipper Orchid, Linden (Tilia) and and Skullcap (Scutellaria lateriflora), which act as nervous sedatives.

Anxiety can be a serious problem and prior to starting a medical treatment or using natural remedies for anxiety you should ask for a doctor’s professional opinion. If severe side effects, overdose or other issues occur you should go immediately to see a doctor.

Some of the natural remedies for anxiety mentioned above can harm the liver.

Individuals who drink alcohol, suffer from liver disease, undergo medical treatment, are pregnant or breastfeeding must consult with a doctor before taking natural remedies for anxiety since some combinations of herbs may cause severe adverse effects if used improperly.

This website uses cookies to improve your experience while you navigate through the website. Out of these, the cookies that are categorized as necessary are stored on your browser as they are essential for the working of basic functionalities of the website. We also use third-party cookies that help us analyze and understand how you use this website. These cookies will be stored in your browser only with your consent. You also have the option to opt-out of these cookies. But opting out of some of these cookies may affect your browsing experience.
Necessary Always Enabled
Necessary cookies are absolutely essential for the website to function properly. This category only includes cookies that ensures basic functionalities and security features of the website. These cookies do not store any personal information.
Non-necessary
Any cookies that may not be particularly necessary for the website to function and is used specifically to collect user personal data via analytics, ads, other embedded contents are termed as non-necessary cookies. It is mandatory to procure user consent prior to running these cookies on your website.
SAVE & ACCEPT